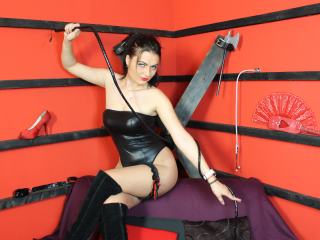 How many of you submissive men out there know you’re needing to get spanked and find yourself fantasizing about it quite a bit?

Personally I always used it as a way to humiliate and punish my submissive male slaves when they are disobedient but I found some of them that were enjoying it a bit too much.

I’m sure you guessed it but that’s when I realized that some of you submissive men really need to get spanked, whipped or at least thrown over a beautiful woman’s knees to get what’s coming to you.

Believe it or not I’ve even found some male slaves that can orgasm from being spanked by their mistress. Sounds crazy? It only does if you’re not into it! These guys don’t even need it to be for discipline — they simply want to get a good ole’ fashioned spanking and I’m more than happy to lay it on their asses.

Want to Get Spanked?

How about you? Are you one of the men that loves to get spanked? What is it about spanking that turns you on so much? Is it the domination, the pain or some odd reasons that no one would ever guess? Share your thoughts in the comments below.

1 thought on “Submissive Men Needing to Get Spanked!”