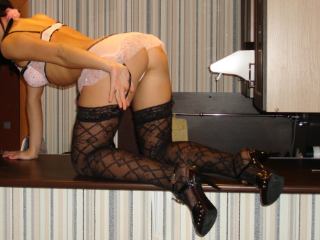 I’m a perverted panty sniffer. Well what a surprise that is! At least once a week we hear from a random panty sniffer who contacts us confessing their love for sexy little undergarments.

The way we see it is these pathetic horn-balls give us money mistresses a steady supply of new trainees to bring it our world of domination and humiliation. After all they want so badly to just snatch up a pair of panties and press them to their faces that they are willing to practically anything we want for the privilege. So why not use it to our advantage and tease the ever living hell out of them in the process.

Odds are most of the people that will read this article will be panty sniffing fiends themselves hoping they are going to get a glimpse at a frilly little pair of undies but instead will find a princess here writing about ways to use them and make them only ache for more. But for those of you who aren’t then we suggest you guard your panties or at least use them against your man in a way to gain from him whatever you want.

I Can’t Help it! I’m a Panty Sniffer

It reminds me of my first year in college when I found a guy I had dated for a short amount of time rummaging through my clothes hamper. When I asked him what the heck he was doing in there his only response was that he wanted to find a pair of my undies to sniff.

Of course I laughed hysterically at him and later on he became one of my first submissive panty pigs. His response to it all was, “I can’t help it…I’m a panty sniffer.” Talk about hilarious! Needless to say I enjoyed many nights of making fun of him as he begged for another pair. So ladies don’t just blow off a pervert like this; use them for your own entertainment.

Personally I’m always open for you more panty slaves, so if you’re looking for someone to use your own desires against you, just get in touch with me or any one of my girlfriends; you perverted panty sniffers. We will make sure to take good care of you.